Posted by 66 Underachiever at 5:18 PM No comments: Links to this post

Nothing Epic
Other than troubleshooting electrical, overhauling forty-seven year old Jeep switches, and eating, we haven't done much-so we dug through the archives and found a few pictures we may or may not have posted before.


Posted by 66 Underachiever at 9:23 PM No comments: Links to this post 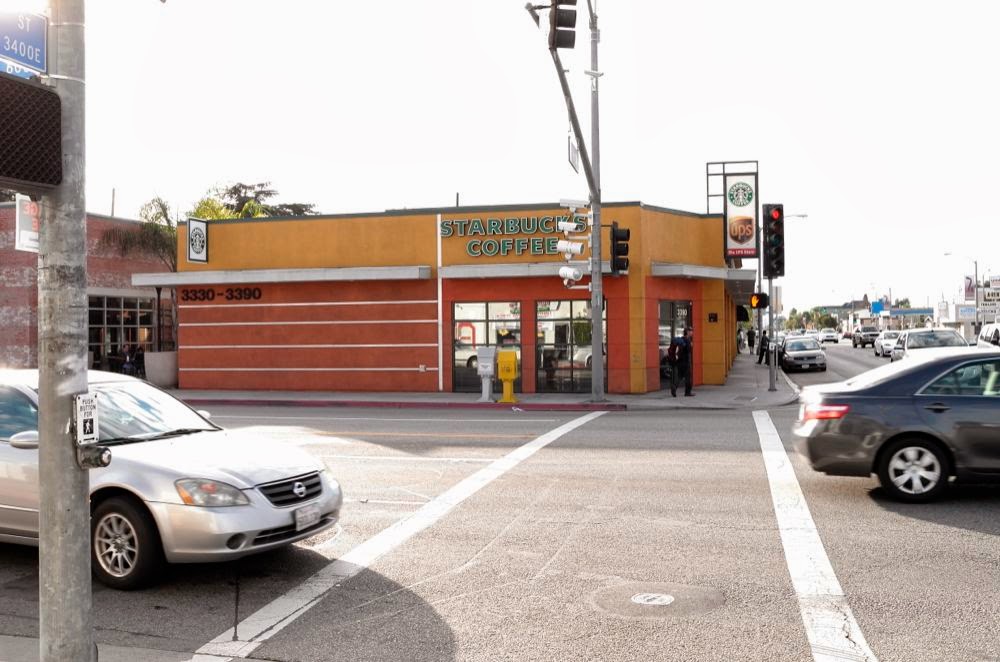 So what do these pictures of Long Beach have to do with the 66 Motor Palace and it's sketchy legend? Jerry's first Trading Post was in this intersection. Who's Jerry? Read the Legend!

When I was at my mother's a couple weeks ago she mentioned she'd heard from Jerry and gave me his email address. I stalked him a little and learned that other than a few details I was pretty close. He opened his Trading Post about the time we moved to Texas. It was the "Rocky Mountain Trading Company" but it was in Long Beach. He later moved and opened shop near Boulder Colorado. Last time I saw him was in 1970 around the time he split to Colorado. He's in Greece now and I'll share more and correct the Legend as we go. He sent a picture of the Triumph he and my dad used to tear around the hills with my sister and I at night (we liked it). 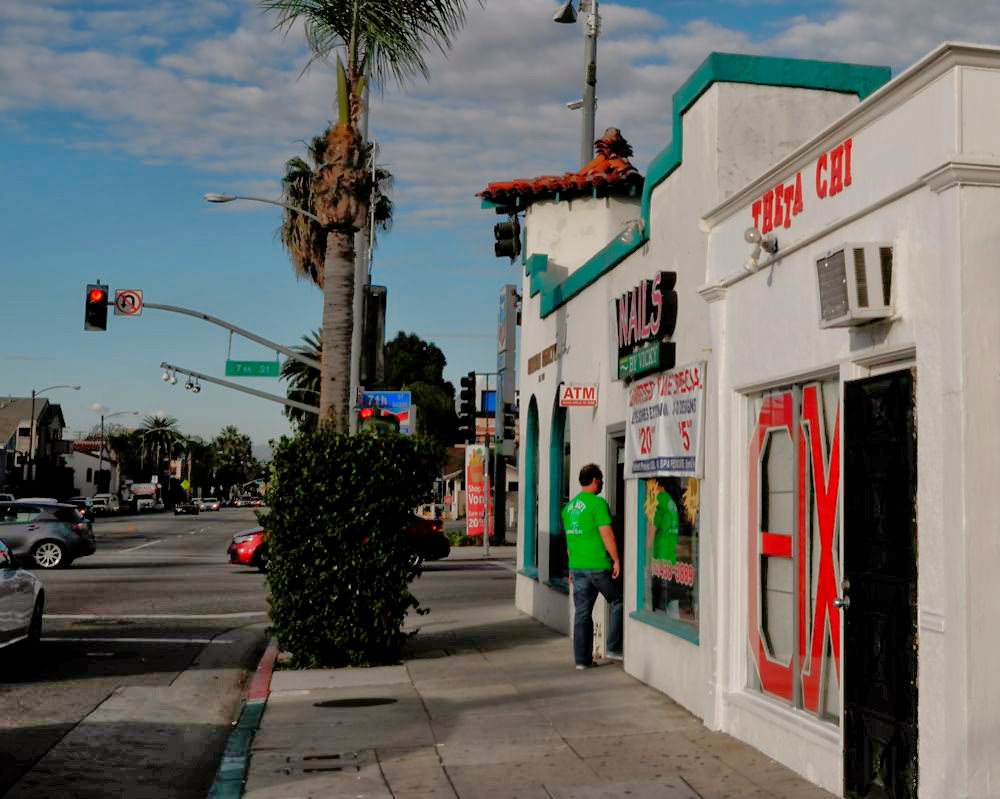 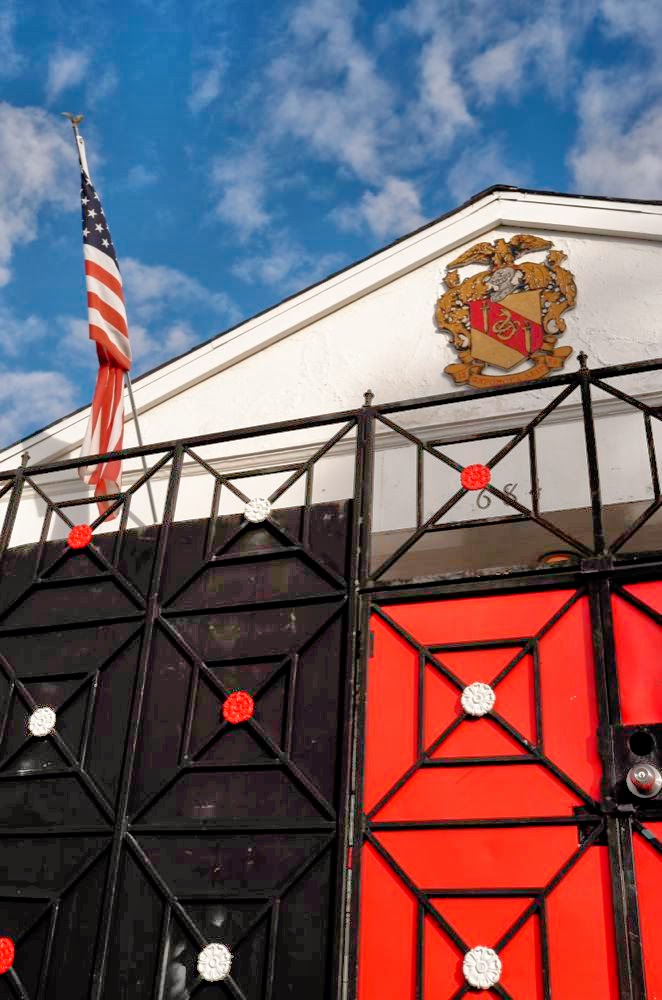 Baby the Jeep, the Wonderful-Wonderful Jeep

Baby slows down pretty good without brakes so I drove to American Brake Systems Speedway Style. They'll install the front and connect the back I took forever doing. I hope Baby's still fun to drive with brakes, sidewalk trolling won't be the same.  Exhaust, tires, and upholstery are next.


New Office
We're doing some rearranging at work and I got a different office. So far I'm $165 into furnishing thanks to Craigslist and eBay.


What we ate Thursday
Simple and made from scratch. Nothing from a can or package. Lori even evaporated the milk for the pie! It's easy and tastes good. The gravy was perfect too! Don't worry, she's not going to update often, it's just a convenient place to keep recipes-and maybe the name of a pie shop someday...


Next Distraction!
We're buying this from my friend Neil, it was his dad's (Neil Sr.) We're working on a couple directions for its future, neither will involve this front fender or wheel.

Posted by 66 Underachiever at 2:39 PM No comments: Links to this post

Kansas City
Flew out to Kansas City to see a couple new motorcycles. It's a nice clean city...you should go there. Everything you've heard about the steaks and barbecue are true and the people who live there are very tolerant of Californians.


The Motorcycles
Just go to Harley-Davidson's page and take a look or Google Harley-Davidson Street if you don't already know everything about them. Be sure to check Cycle World's page for clarification and details on the manufacturing of the Street models for sale in USA. They are being built in Kansas City for USA and in India for bikes sold in India, Spain, Portugal, and others as they ramp up. This is to avoid tariffs and keep the price of this motorcycle affordable to new riders. If you haven't, you should look at dealer websites overseas and check the prices on new motorcycles and you'll see why.


Central California
I rode up to see my mother this weekend and got to visit some of my favorite roads and see her new cat!

The Boundless Enthusiasm Bike Build Off America sounds pretty simple. Below is a description of the competition:

THE RULES
JUDGING CRITERIA
Oh...and the local winners from Sydney, Milan, Bali, and L.A. compete for the overall title! The outcome of the L.A. (Venice) event was determined by esteemed Judges; Yoshi Kosaka, Shinya Kimura, Michael Woolaway, Mike (Relief Judge), and our very own Lori Bentley-Law!

Orange County was covered in thick fog and that broke around Seal Beach, traffic was light for the 405. We were greeted with hot coffee at Deus and Lori was soon whisked away with the other Judges by Julian and Hiroshi. While they were busy Daniella and I tried to figure out a way to sneak Yoshi's bike out of the shop. We failed so I drank more coffee and took a few pictures. 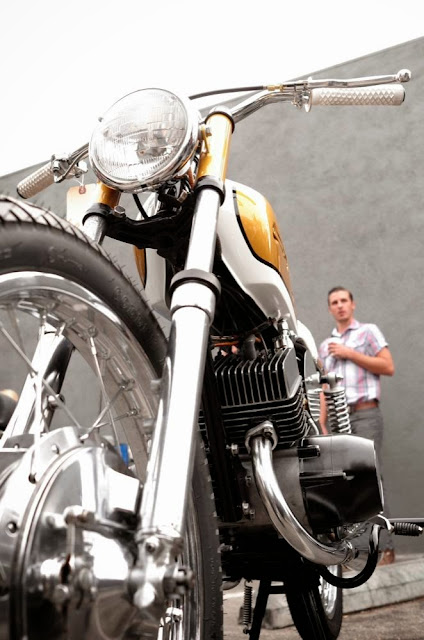 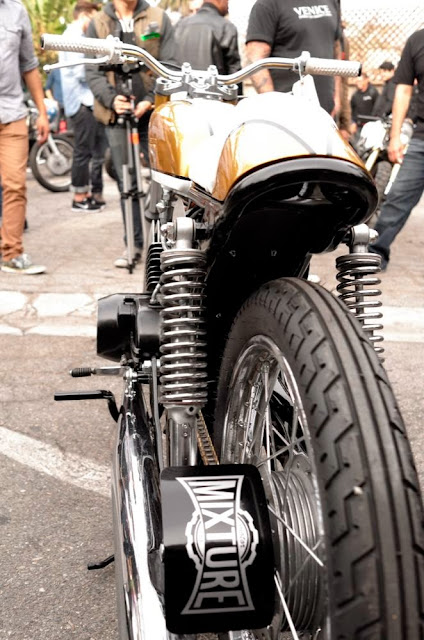 A little parking lot action too

Mix of show and other stuff 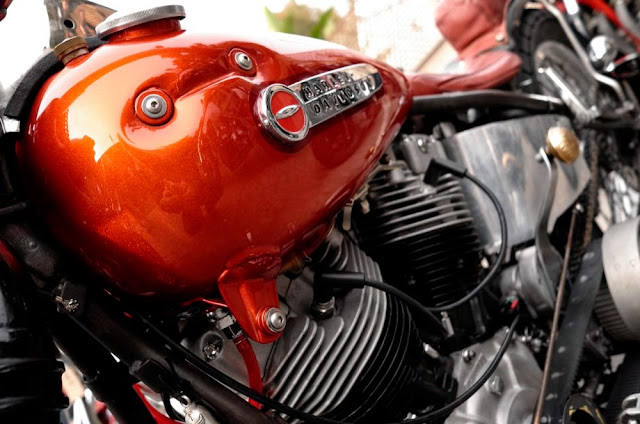 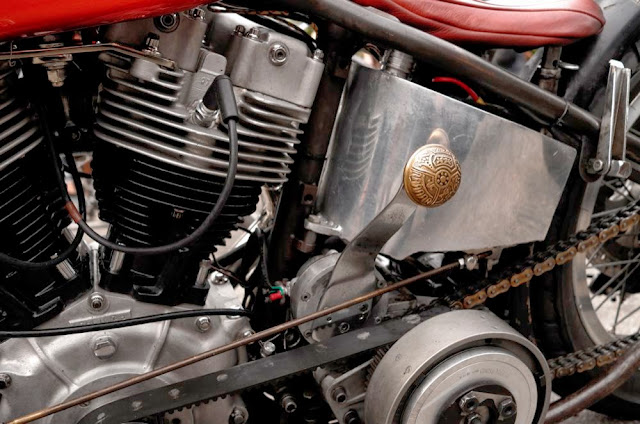 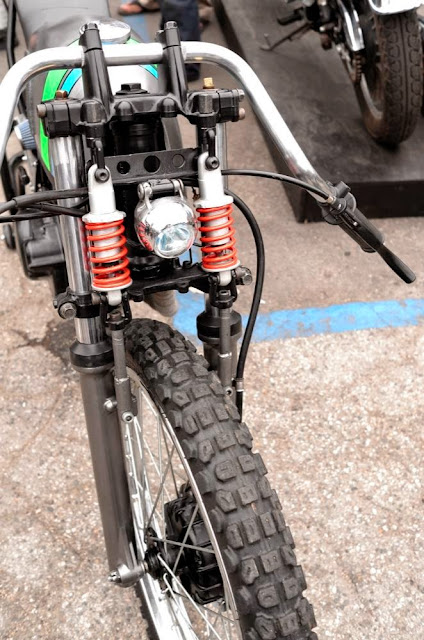 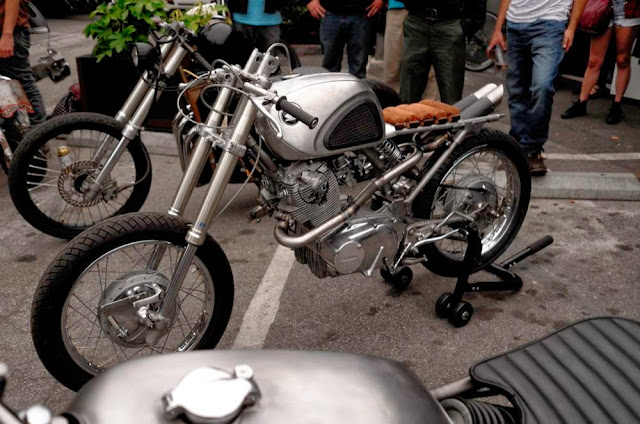 
Coming soon, news from Kansas City Missouri and Winslow!
Posted by 66 Underachiever at 4:48 PM No comments: Links to this post