Brian Jr. (no relationship) and I met up in Jawbone for a ride through Death Valley. The weather was  great and other than my chicken out on the Racetracks Playa road the trip was perfect.


We spent our first night in Panamint Springs. The staff here is very friendly and they have clean simple rooms, cabins, and a camp ground popular with motorcyclists. We even ran into a few friends from Irv Seaver Motor Cycle.

The hand made chile was accompanied with live entertainment consisting of a roving drunk and a patient Sheriff's Deputy. We were lucky, the drunk didn't visit our table 'til breakfast the next morning. Friendly guy and if you're looking for a completely stock shovel with an FX front end and Branch built S&S motor that hasn't been run in twenty years hit me up. He gave me his number and I'll be happy to pass it on.

We were warned not to take the southern route to the Racetrack's Playa by a couple guys on KTMs at dinner so rode up to the northern route. After couple miles I figured out this was going to be about three hours of hell if I was lucky and suggested we head back to Ubehebe. Brian Jr. kindly agreed. The road didn't look too bad and he was doing fine but I couldn't control the front end in the soft stuff and it was mostly soft stuff. The G/S cruises on hard pack and gravel so I'll try again next year with a different set up and practice in sand.

From Ubehebe we rode to Scott's Castle, Beatty, Rhyolite and on to Artist's drive and Badwater with a short detour through Mustard Canyon.


We stopped for fuel and water at Eddie's in Beatty. When I released my clutch the fill plug for the final drive fell out in front of Brian Jr. We replaced it and got on our way happy it didn't fall out ten feet earlier or later. We wouldn't have known it was gone.

At 287' below sea level the Badwater Basin is fed by the Amargosa river which you can't see because it's final segment is undergound 'til it feeds the basin.
From badwater the road roughly follows the Amargosa to the town of Shoshone. Shoshone has a population of 31, a nice little motel, and the legendary Crow Bar, a restaurant and saloon staffed by friendly people serving great food since 1920.


We got up in time for breakfast at the Crow Bar and headed home. We parted ways in Baker and I headed across the Mojave desert preserve to for about 150 miles of Route 66.

These are shots inside the remains of what was once a bar so notorious the city of Winslow purchased it (and the Motor Palace) just to shut it down. Jenny's was the kind of place few people seem to have direct knowledge of and fewer are willing to talk about.

It was connected to the Motor Palace with a large door and a pass through window that were hidden during business hours. After closing time they would move the Party to the Palace and access Winslow's tunnel network through the Motor Palace's cellar.

We don't know what went on in the tunnels but we have a ledger with the name "Jenny's" written in it with records of arrests and jail fees billed to the county. Maybe the good ol' boys were just drinking coffee and burning the midnight oil. Nah! That doesn't explain the hidden stage and the billions of booze bottles stashed under it.

The tributes on the walls were likely added shortly before Jenny's was silenced forever.

We just got a bath tub for the Motor Palace from Al & Anna in Orange. Al's a Winslow fan and an Urban Designer who went to school in Flagstaff. They even offered us a break on the price since it was going to a good home. 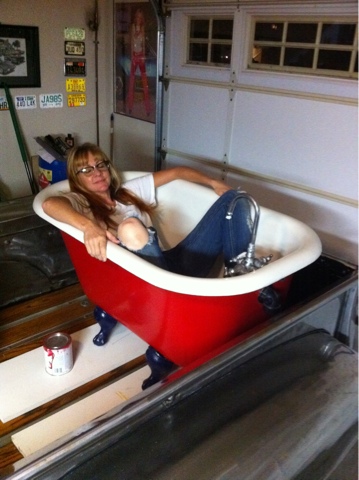 Bondorella even got in on the action. 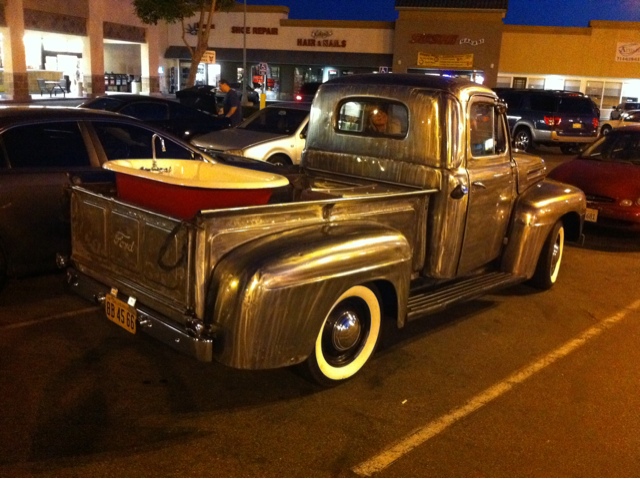 Posted by 66 Underachiever at 7:27 PM No comments:

The primary purpose of our Fall Route 66 tour was of course, to check up on the Motor Palace in Winslow. We'd hope to have at least phase one (apartment) complete so we could stay in the building, but, that didn't happen. We did meet with the architect and made some progress. 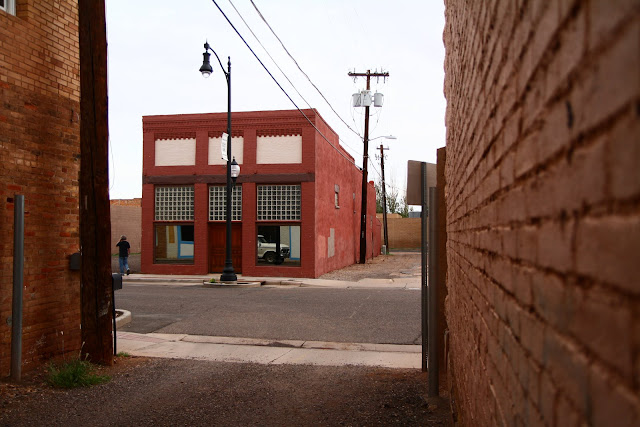 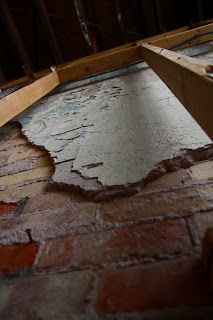 The old layers of plaster on the walls is something we will preserve as much as possible... 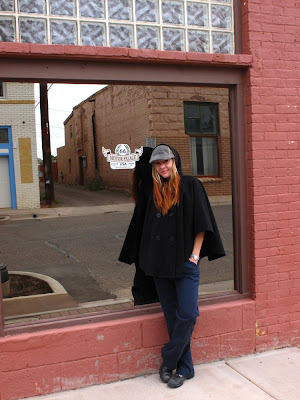 ...and Lori, with new window sticker sporting Schott NYC hooded wool cape. Available now at the 66 Motor Palace in Orange or buy it below!

Posted by 66 Underachiever at 1:22 PM No comments: